In the fifth round of Group A of the Eurocup, the basketball players of Belgrade Partizan will host the Lithuanian Lietakabelis in the Stark Arena tomorrow at 20:30. We found the best odds for this game at the popular Bet365 sportsbook, which has an attractive Welcome Bonus for all newly registered customers. If you wonder how to claim this Bet365 Welcome Bonus, read our article on that subject here.

One can even feel the hidden dissatisfaction of Partizan fans after a series of poorly played matches and two consecutive defeats. It all started with an objectively weak edition of the black and whites in the second round of the Eurocup against Joventut, who still won with the basket of Kevin Panther in the last seconds of the match with 68:67. The first alarm went off after the game in Andorra, which Partizan lost to the club of the same name with 61:60. There was a lack of ideas in the attack, and everyone expected Kevin Panther to take over the role of team leader again and solve the match, but the complete opposite happened. Andorra scouted the Partizan shooting guard in detail and managed to cut him off whenever it was needed. The performance of the rest of the team, especially the inside line, was lacking. On Sunday, Partizan suffered its second tied defeat, this time in the eternal derby against Red Star. Red Star once again showed why they are one of the best defensive teams in Europe, and they managed to reduce Partizan to only 56 points. The Panther-Leday duo remained on only 11 points scored, and with a disastrous three-point shot, defeat simply could not have been avoided. Zeljko Obradovic certainly had a lot to say to his team, but we believe that he will find a way to lift the team before the series of difficult matches that are coming.

On the other hand, Lithuanian Lietkabelis, led from the bench by Serbian expert Nenad Čanak, is playing much better than many expected, taking into account the quality and strength of the roster they have. So far, they have had two victories and two defeats, but we must say that in both defeats, they were competitive until the last minute of the match. They lost against Lokomotiv Kuban with 84:85, although many predicted a convincing loss, considering that the Lokomotiv is one of the candidates for the final of the competition. They also suffered the second defeat in their hall from Hamburg with 100:96, primarily due to the bad first quarter, which they lost by 10 points. They achieved both victories on the side, 70:59 against Slask and 77:61 against Trent, so they are not a team that is easily underestimated. They play fast basketball with a lot of running, which does not suit Partizan too much at the moment, so we expect that they will oppose the favored opponent with an offensive game.

No information about significant injury problems.

These two teams have not met so far.

Partizan is a better team in almost all parameters at this moment, and it is rightly the favorite for some 12 points advantage, as much as the bookmakers offer. Partizan desperately needs a sure and convincing victory to return the shaken self-confidence before the series of difficult matches that follow (first against Buducnost on Saturday in Belgrade). The additional wind in Partizan’s back will be the great support from the stands, so we do not doubt that the players will have enough motivation to redeem the audience for two tied defeats. Lietkabelis has shown a brave game so far, and certainly, they will not run on the floor of the Stark Arena with a white flag. Although Partizan has played most of the matches so far with a smaller number of points, the roster that coach Obradović has is much more potent in attack, so it is the right time for all attacking qualities to show. We expect a very open match, especially from the guests, which should result in a slightly faster game and a relatively higher number of points scored. Bookmakers are currently offering a margin of 147.5 points, which we believe is too low because both teams will attack from the start tomorrow.

After an unexpected loss to Paulistano at home, Bauru´s struggles should continue away from home… 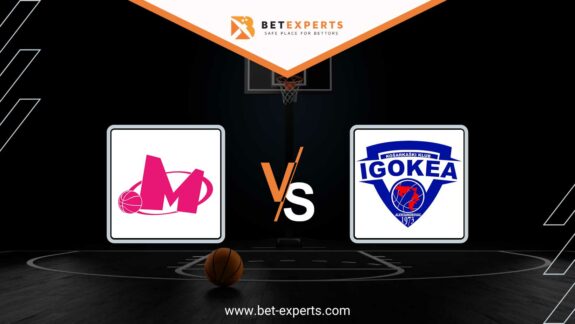 On Sunday, three ABA League second-round games will be played. Igokea and Mega MIS will…