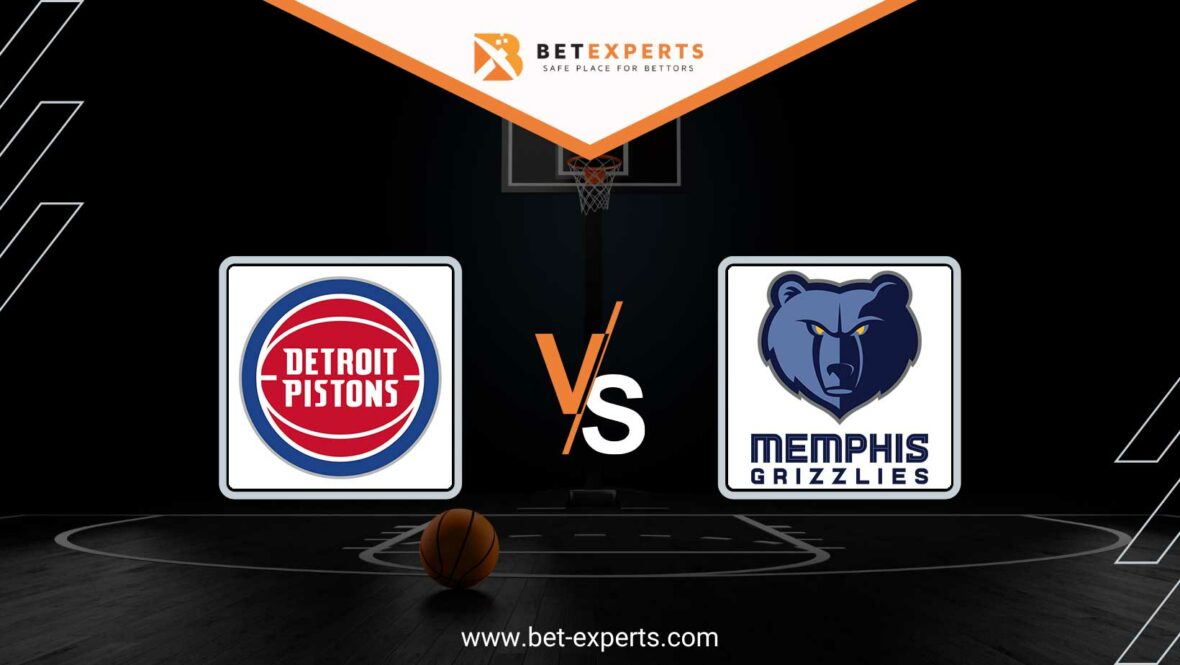 The Pistons, who ended their losing streak with the victory over the Mavs, welcome the great Memphis Grizzlies, led by Morant and company, to their home field this season.

The team from Detroit is in high demand this season, they lack a little experience to have a few more wins on their account. It is a young team with a lot of potentials. Although they are by far the weakest team in the East as far as the score is concerned, their domain in the future is large, especially since they have a large base of young players, who will be future All-Star players. They are missing another young tall player, besides Duren and Stewart.

They work on the drive of the guard duo Cade – Ivey, who have worked together well since the first game, and are very reminiscent of the former tandem of the Wizards from the best days of Wall and Beal. However, in this match, the Pistons will play without Cade, while Ivey is a question mark. They are very potent offensively. and they have great width in shooting from the field, especially in the form of Bojan Bogdanović and Sadiq Bey, who when they get into a shooting rhythm can cause problems for everyone. In the last match, the Pistons beat the Mavs, and the popular Babo, who scored 30 points, dominated the team from Dallas.

However, lately, they have been playing quite badly, out of the last 10 games they have won only two. During the whole season, they are struggling with injuries to the main players, but they should not be underestimated. The Pistons are one of the worst defensive teams, ok Memphis plays at a fairly fast pace and will try to score as many points as possible in transition and running back.

The team from Memphis is playing very well this season. They are 13-9 and currently sit in a high fourth place in the West. This is not a surprise, especially considering last season when they were the real hit of the league. This season they have a lot of problems with injuries, and we believe that if they were just a little healthier, they would have a much better score.

Just like last season, they work on the drive of the fantastic Ja Morant, who leads the team in points, but has also improved defensively. A big disadvantage for the Memphis team is the absence of the team’s best shooter, Desmond Bane, who, in addition to the three-point shot, also contributes a lot in defense. But this season, the great Jackson Jr. returned after an injury, bringing great width to the attack. A tall player who is excellent defensively and can spread.

They enter this match in a good mood and with a victory over the 76ers, on their home field, where Morant scored 28 points, while JJJ added 22 and 9 rebounds.

Against the Pistons, there will not be 5 players from the rotation, and the absence of Adams and Bane will be felt the most, which is a big handicap for the Grizzlies.

We expect a lot of points in this match because both teams play at a fast pace, but we still expect the Grizzlies to outrun the Pistons and, based on their breadth and experience, win by 5 points.

Cade Cunningham and Livers will not be the main players for the Pistons tonight, Bane, Williams, and Green will not be there for the Grizzlies, while Adams is questionable.