The tenth round in Group A of the Eurocup brings us a very interesting match in which the Levallois team will try to end a series of bad results against Turk Telekom.

Levallois is in the seventh position on the table after nine played matches, and so far they have the effect of four wins and five defeats. They scored 738 and received 764 points, which gives us the information that their matches have an average of 166.9 points, and they are one of the most efficient teams in the competition. In four matches played in their hall, they managed to record three victories and one defeat, with 342 points and 326 received points. It is interesting to note that the Levallois team averages 85.5 points in domestic matches in the Eurocup, which is far above the average of most teams.

I can’t brag about my current form, since they have recorded only two victories in the last five matches, and they are entering this duel after a completely unexpected defeat by Lietkabelis in the last round with the result of 96:89. Counting the French championship, they are currently in a series of three consecutive defeats, and they need a victory as soon as possible to regain their shaken self-confidence and save their chances of qualifying for the next phase of the competition.

Turk Telekom has managed to record five victories in nine matches and welcomes this match as the fifth-ranked team in the Group A table. In terms of efficiency, they managed to score 666 and receive 706 points, which means that this season’s matches in the Eurocup they play with an average of 152.4 points per game. The Turkish team plays much better in its hall, and in away matches, they have the effect of only one victory and four defeats. Their away matches are with 154.8 points on average, and what attracted our attention is that the Turk Telekom team allows its opponents an average of almost 85 points per game.

If we count the matches played in the Turkish championship, Turk Telekom ended the series of four consecutive defeats only a few days ago, defeating the weak Afyon with 135: 85. In the last match within the Eurocup, they were defeated away against Hamburg Towers with the result of 94:74.

So far, these two teams have played only one official match, this season. Turk Telekom was more successful at home with the result of 73:65.

In the duel between the two teams that have achieved most of their victories at home so far, we must give preference to the team of Levallois. Levallois is playing at a very fast pace this season and with a large number of points scored, while Turk Telekom is a team that plays its games with an average of only 74 possessions per game on average. Levallois scored more than 80 points in all four matches played in their hall, while they did so three times on the road. They played the worst match so far against Turk Telekom in the first round of this season, and in that match, they had very poor percentages of success in shooting from a distance, which is very unusual for them.

Winning this match is imperative for them, considering that they are in a series of three consecutive defeats. Considering that they “transferred” the margin of 82.5 points against much better teams, we expect them to take the initiative and impose the desired rhythm tomorrow from the beginning of the match, and if they succeed, it is very realistic that they will score about 90 points.

NBL action resumes this Sunday with a couple of interesting clashes. One of them includes… 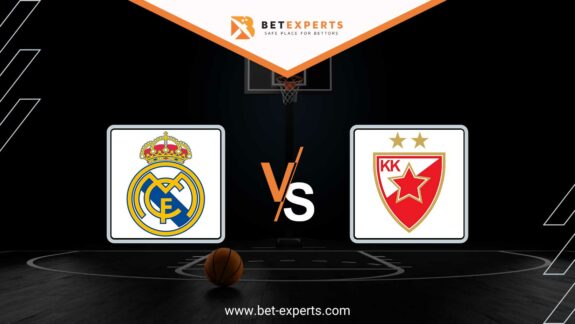