Today we will focus on ABA League basketball, in which competition we found one interesting bet in the game between Igokea and Mornar.

After more than a month’s of absence due to back surgery, head coach Dragan Bajic returned to the Igokea bench. In the first two matches, Igokea recorded one victory and one defeat. In the last round, they experienced a real debacle in Ljubljana against Cedevita Olimpija, and knowing the working methods of coach Bajic, the team will be highly motivated to fix it on Saturday. A couple of weeks ago, the best player Markel Starks went to Fenerbahce, and Igokea decided not to bring a replacement for him. Young playmaker Darko Talic will get more freedom in the game, just like the previous backup James Robinson. Igokea’s greatest strength is excellent team defense and organized offense.

The most promising player of this team so far, Dalibor Ilic, has played an excellent season so far. He significantly improved his three points shot and until the end of the season he will be the player most trusted by coach Bajic. With the departure of the Starks, it will be very important that Antabia Waller hits his shots in a high percentage.

Mornar lost the Montenegrin derby against Buducnost last week, but an even bigger catastrophe is the severe injury of the best player Nemanja Gordic. He has torn his knee ligaments and will not play until the end of the season. Recently, Trey Lewis left Mornar due to health problems, so the only playmaker in the team is the youngster Balsa Zivanovic. He has shown great talent on a couple of occasions, but Mornar will have a lot of problems in organizing the game until the end of the season.

Vladimir Mihailovic will have to take on a much bigger role now, just like Sead Sehovic, because there is no player other than them who can organize an offense. With the arrival of Will Mosley, Mornar got a great center tandem with him and Taylor Smith, but without a player who can play pick’n’roll well, as Gordić did, their performance will surely decline, at least in the offense.

Igokea is at sixth place in the ABA league with 9-9, while Mornar played a game less and have 7-10. At home, Igokea has achieved six wins and three defeats, while Mornar is away at 3-5. In the first match this season between this clubs, Mornar won 82:76 after overtime in Bar, but in six matches that these teams played in Laktasi, Igokea won four times.

All players are available for Igokea in this match. In addition to Nemanja Gordić, Mornar cannot count on Nemanja Vranješ, who has not played since the beginning of the season due to a serious injury.

Without Gordic, Mornar will have exceptional problems in moving the ball and organizing the game. Igokea is known as a team that puts strong pressure on opposing playmakers and young Zivanovic will have a lot of difficulties. Igokea is a much better team at the moment and looking at the real situation, everything except their easy win will be a surprise.

The most interesting match of the regular twenty-second round will be played today in Moscow,… 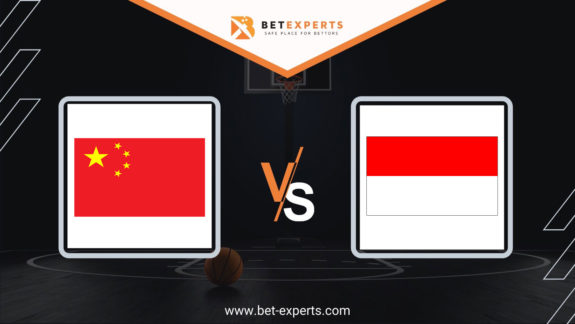 FIBA Asia Cup enters its second stage this Monday. In the additional knockout round, China…