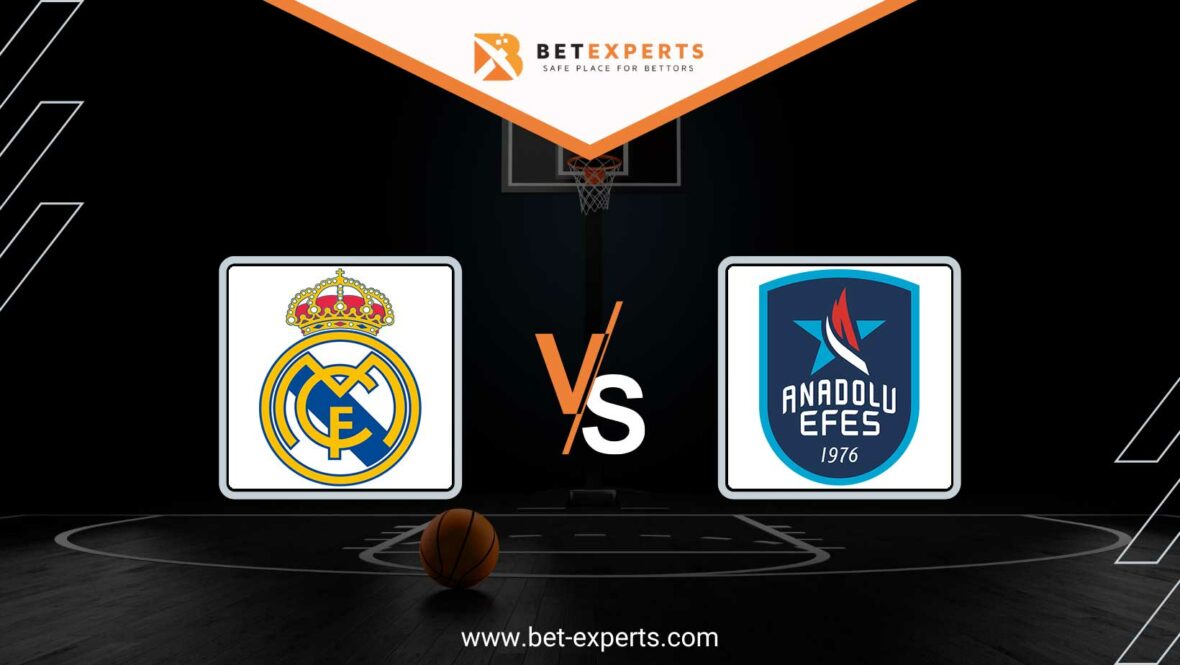 Six games of the seventh round of the Euroleague will be played on Wednesday. Real Madrid and Anadolu Efes will meet in the Wizink Center, and the start of the match is scheduled for 19:45.

It will be a rematch of last season’s final of this competition. Then the Turkish team won with a score of 58-57, and the upcoming match will be just as exciting, but much more effective.

Real Madrid did not have the best start to the new season in the elite European competition. They achieved three wins and three losses, and they still do not manage to find continuity of good results. In the last round, they beat Armani in Milan 83-77, but three days later they shocked their fans by losing to Zarazoga, the weakest team in the ACB league.

Los Blancos have a strong roster this season as well, but the quality of their games is still not at the top level. This worries their fans, so rumors started circulating that coach Chus Mateo would be fired if Real did not start winning consistently.

This season’s signings, Mario Hezonja and Dzanan Musa have been playing very well lately. They have been one of Real’s most effective players in the last two games. Walter Tavares, one of the best Euroleague centers, also contributes regularly, but they need to play better as a team.

The two-time European champions have also not been playing well at the start of the new season. So far, they have achieved two wins and four losses, and they were defeated in the last two away games.

Shane Larkin is injured and this is the main drawback in the game of Anadolu Efes. Vasilije Micic and Will Clyburn excel in every round, but they do not have adequate support from their teammates. This is especially visible against teams that play good defense and know how to stop these two. Rodrigue Beaubois did not play against Bayern last week and his performance in Madrid is uncertain.

The players of Anadolu Efes did not play in the domestic championship match last weekend because the entire round was postponed due to the training of the Turkish national team. Thus Ergin Ataman’s men will travel to the capital of Spain refreshed and rested.

If the final match in Belgrade last season is not taken into account, the last seven matches were won by the hosts.

Although they played a very ineffective final last season, we believe that these two teams have huge offensive potential. Therefore, we expect to see an efficient and dynamic match, and all 40 minutes will be played at a high pace.