A new round of the Hong Kong Basketball League brings an interesting clash between one of the best teams in the league, Eastern, and the most pleasant surprise so far Eagle. Because of injuries, Eastern is currently playing without foreign imports which increases Eagle´s chances. Lately, their form has risen after they incorporated a new American import who helped them win three games in a row including a win over a very strong Fukien side in the last round(83:73).

At the start of the season, Eagle was considered as one of the outsiders. However, with their newest roster addition their form has increased dramatically and today they should be more than a worthy opponent against import less Eastern. They opened the season with two heavy defeats but after the signing of Bryant Austin, they managed to completely reverse their fortunes. After routinely winning against outsiders HKPA(90:75) and Able Hon Friends(89:74), they caused a big upset in the last round beating one of the stronger teams in the league(83:73).

That win was a clear sign they no longer belong to the bottom and could be a threat to everyone with the exception of the defending champions South China. Eastern takes them on after suffering a heartbreaking defeat against Winling and without their best player Brandis Raley-Ross. One of the main title contenders currently have limited scoring options with the absence of their best player which was immediately felt in their last game.

Eagle is currently in excellent form and has the scoring power to match Eastern for the full 40 minutes. With foreign players, Eastern usually easily beats them easily but today’s situation is much different as Eagle will be the only team with the help of imports.

Given spread is definitely too high. Eagle is much more competitive than before so we suggest betting on them to cover the spread.

Currently, Bet365 offers an excellent WELCOME BONUS for all new customers, where you can get up to 100€. Register today, and get this fantastic offer. 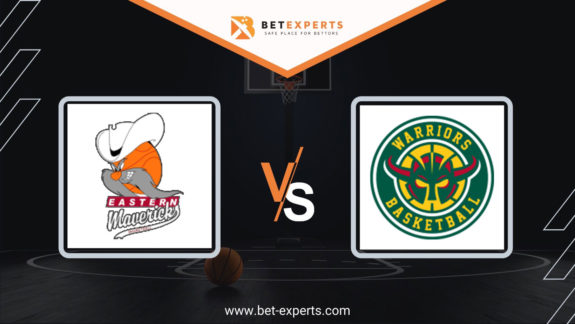 A new round of Euro Cup is being played in the coming days, and our…