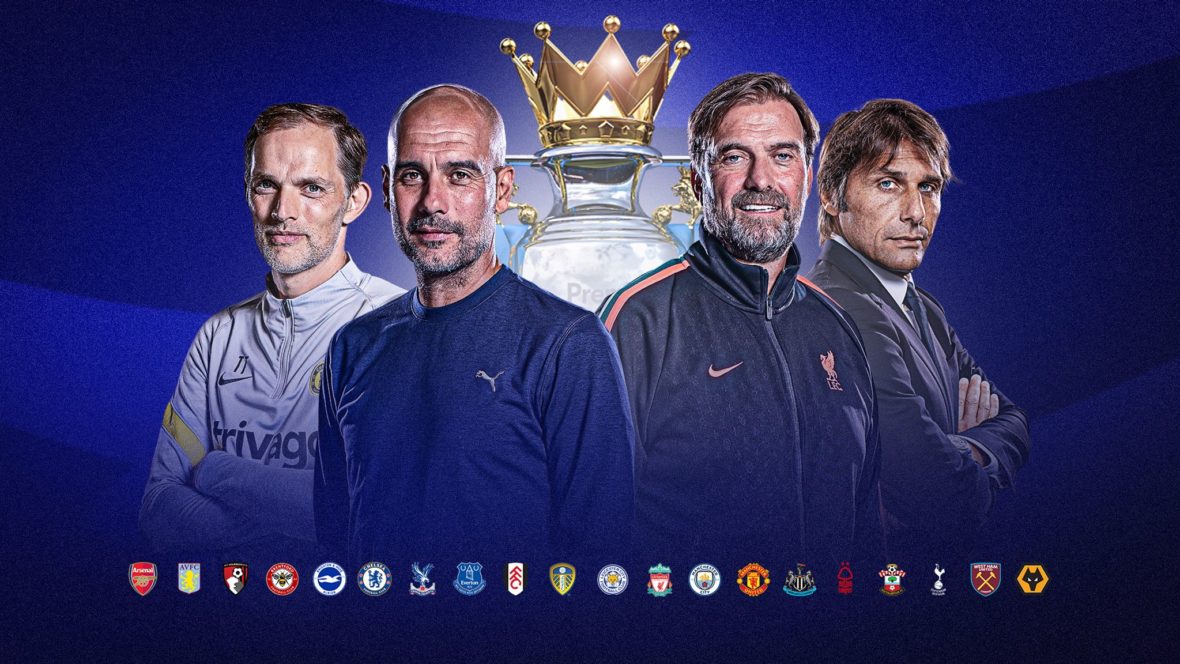 It’s starting to get hotter in Premier League. The players are returning from their holidays and the teams are starting with the pre-season, the Premier League Fantasy announced player prices for the next season, and a lot of teams sign new players these days: Gabriel Jesus, Kalvin Phillips, Joao Palhinha, and Richarlison, all have a new club. The start of the new Premier League season is getting closer and closer every day. We all can feel the excitement.

A month before the first round (5th August) we will preview a new season, with a short review of the last, and we will show you how the schedule for the new season will work because of the World Cup.

The world’s most famous betting sites have already included pre-season bets in their offer, and in this article, we will try to bring you a little closer to this very exciting sporting event, and also find the best bets for you.

We found the best odds for this amazing football league at the popular Bet365 sportsbook. You will get an attractive Welcome Bonus for all newly registered customers if you register today. Read our article if you wonder how to claim this Bet365 Welcome Bonus.

We learned a few things. Manchester City and Liverpool are different leagues from others. The Citizens and Reds don’t have a rival capable of fighting with them for the title. Pep and Jurgen both build two great teams and they are too strong for the rest of the league. It will take time and money for somebody else to be a champion of England. Chelsea started to struggle with the Roman Abramovich saga and their future is unknown because of the new owner, new president, and new people on the board. The time will show in which direction the club will go, and if you love to bet on Blues, you might just wait for a couple of weeks to see how they look in the new season.

Tottenham and Arsenal are on the rise. Antonio Conte was probably the manager of the season for what he is done with Spurs. He lifted the Spurs from 11th to 4th place in the space of seven months with players who struggled to find their best form under previous managers. It seems that the Spurs have never been in a better position in the last couple of seasons. Mikel Arteta continues to build “the process” at Emirates. Arsenal finally starts to look like a great team again. The shame is that this young squad let the Champions League place slip from their hands in the last couple of rounds. We also learned that some clubs from English lower leagues are probably better organized than Manchester United and in front of Erik ten Hag is a hell of a job this summer and next season to make, for the beginning, Manchester United look like a professional team.

Newcastle will be a force in English football in the next couple of seasons, for sure. Maybe they can be a new champion of England in near future? The new owners started to splash the cash in the January transfer window and the Magpies are now a much better and stronger team. West Ham needs a longer rotation, and it looks like that Brendan Rodgers era at Leicester is almost over. The Foxes are too far from the place in the top 7. Brentford was the major surprise of the season, but how will they manage to overcome “the second season syndrome” without Christian Eriksen?

The last season was exciting, enjoyable, and dramatic. The fans are back, the stadiums were full, and we are hoping that the next season will be even better. On top of that, you can always try to be the best manager in the world, by playing Fantasy Premier League competition.

What’s new this season and how the World Cup will affect the schedule?

Almost every week from the end of August, during September, October, and until the pause in November, the teams from Premier League that participate in Europe will play twice a week. The first midweek action in Premier League is scheduled for 29th August and another one for 17th October. Dates for the Carabao Cup are also changed, so the quarter-final will be played at the start of January instead of in December like every season so far.

Another new thing which is changed in Premier League is the substitution rule. All the teams can do five subs per game from the next season. This will change the game so much and Premier League Fantasy rules, too. The managers will make more subs and change the tactics during the game. Now it’s even more important to have a longer bench than ever before.

Probably the most competitive season than ever before. All clubs started with transfers much earlier because of the five substitution rules and difficult schedules before and after the World Cup and everyone wants to do a big part of the job in the market before pre-season friendlies start.

We all agree that Man City and Liverpool are the two biggest favorites for the title. Man City signed Kalvin Phillips and Erling Haaland. Julian Alvarez also came from River Plate. They have a backup option for Fernandinho and two strikers. The number nine was something that was missing last season. Liverpool will be a little different team. Probably much more different. The famous trio Mane, Firminho, and Salah doesn’t exist anymore. Mane is gone to Bayern Munich but Liverpool splashed the cash on striker Darwin Nunez from Benfica. The style of play will probably change because Nunez is a classic number nine and Jurgen played with false nine for years.

Tottenham Hotspur with Antonio Conte can be a dark horse in this race. Probably they are still too far from Man City and Liverpool but Italian duo Conte and Paratici signed five players and it’s the beginning of July yet. The rotation is bigger with Richarlison and Yves Bissouma. Ivan Perisic has a great experience and Clement Lenglet will be a left center-back that the Spurs missed the most in the previous seasons. With one or two more signings (the right wing-back and the striker) Antonio Conte’s team will be very hard to beat. Their rival from North London, Arsenal, is also doing a great transfer window with signings like Gabriel Jesus and Fabio Vieira. This young squad is one more year of experience than last year and Mikel Areta’s process is on the right track for now. Maybe they are, with Spurs, one of the favorites for the top 4.

The two complete strangers are Chelsea and Man Utd. Both teams are without any signings for now. Ralf Rangnick left Man Utd, English media also reported that Cristiano Ronaldo also wants to leave the club. Paul Pogba left as well. As we said, Erik ten Hag will have one of the most difficult jobs of all managers in European football this season. The new era starts at Stamford Bridge. Roman Abramovich sold the club, and the new owner and the new people came to this club. Some great players are linked with Chelsea and we must wait and see what will happen until the end of the transfer window. This team is not good enough for the top 4 right now.

Aston Villa can fight for a place in Europe with West Ham. If Newcastle wants to be in competition for European football they must sign a couple more players.

Fulham is one of the favorites for relegation back to the Championship. They will be whenever they promote to Premier League. In the previous two times, they were relegated easily. Marco Silva is angry because he wants 10 new signings and the club bring to him only one so far – Joao Palhinha. It’s great to see Nottingham Forest back in Premier League after more than 20 years but they are one of the favorites for relegation. As Southampton, Bournemouth, and maybe Brentford mostly because of “the second season syndrome”. Things are not great at Goodison Park and next season can be another difficult for Everton also.