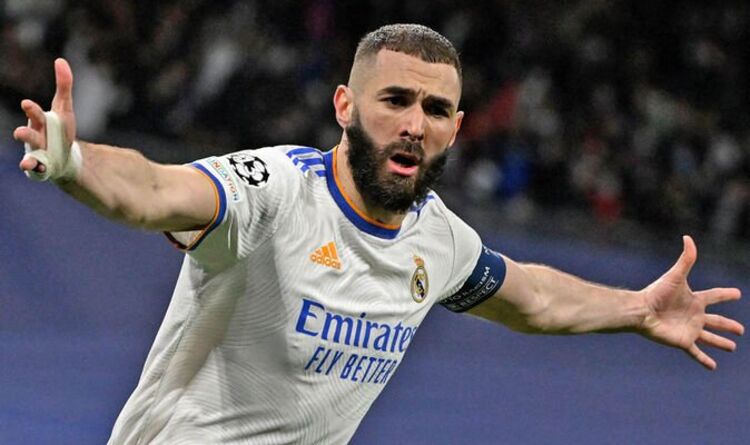 Hello, footy fans, and welcome to our weekly review! Many things happened in the past couple of days, so we will not make this introduction long. Let’s start with the latest news, stories, latest results, and what holds for next week! Also, don’t forget to read our free footy predictions!

A Striker and a Playmaker in One

July marks the 13th anniversary since he traded the jersey of the club from Stade de Gerland for the “royal” one. He grew up with the club’s icon Raúl González, and reached full playing maturity with Cristiano Ronaldo, with whom he conquered Europe three times in a row. Now, as an experienced and seasoned footballer, he carries a new generation of Madrid Los Blancos with Luka Modrić and Toni Kroos. A center-forward with the vision of the most creative midfielders. A striker and a playmaker in one – Karim Benzema.

Last week, Real Madrid swept through Stamford Bridge in a way few expected. Just a year ago, Chelsea and Real Madrid met in the semi-finals of the Champions League when Thomas Tuchel tactically disarmed Zinedine Zidane and easily led the London Blues to the trophy intended for the European champions.

Many people thought that Chelsea would easily skip over Madrid again, a team that recently has had problems with scoring and was brutally beaten in El Classico with a 0-4. The Premier League representative also had his difficulties but seemed confident and focused in the Champions League. But the experienced magician Carlo Ancelotti came up with a strategy on which Thomas Tuchel didn’t know how to respond and which, again, focused on all the football virtues of one of the best and most rounded-up central-forward players of today, Karim Benzema.

The experienced French scored a hat-trick in the second Champions League match in a row! After dispelling the dreams about the trophy to his homeland club, Paris Saint-Germain, Real’s nine used his skills to break down relentless London’s defense line on Tuesday. With three new goals, he sent a strong message to everyone who questioned his performance and virtuosity.

The figure of six goals in less than an hour in the highest-quality European competition is impressive. Still, even more, breathtaking is how Benzema finds his way to the net and how smart and intelligent he is in the actions that lead to goals.

Chelsea confidently opened the match on Tuesday and, with the tenacious midfield, established control at the initial stage of the game. The tactics with Federico Valverde as the last part of the attacking trio, with Vinicius Junior and Karim Benzema, seemed useless in the first minutes. But, as the match went by, it turned out to be a genius idea of an experienced Italian magician.

The talented Uruguayan was constantly getting into the midfield, allowing Real Madrid to be numerically equal to the opponent in this team line and, thus, left a lot of space for Benzema to create huge problems for the opponent’s defense line with unpredictable movements.

For the first goal, the Frenchman perfectly received the ball and sent Vinicius into the penalty box, after which he opened himself for a cross and magically passed Mendy.

And that movement without the ball and constant opening to the midfield teammates for the pass may be the greatest virtue of Karim Benzema that makes him efficient constantly. Today, Toni Kroos and Luka Modrić are some of the most creative midfielders with surgically precise passes. But the question is whether they would play with such confidence if they weren’t led by a reliable partner who can receive the ball many times during the match, hold the opponent’s central defenders, and be the primary protector at the beginning of the attack.

Then we come to the game with Barcelona, where Real was mostly inferior and harmless. The main reason is that Benzema wasn’t on the field, and Ancelotti didn’t have an adequate replacement. Jović isn’t that type of a player, so the Italian tried with Modrić in the position of the “fake nine,” but the Croat didn’t rise to the challenge.

This quality has graced Real Madrid’s nine throughout his career, and it was also expressed during the European domination with Ronaldo and Bale. Benzema was slammed at the time because he was statistically uninteresting, meaning that his contribution through goals and assists was modest. But, by constantly moving to the center, he opened up the space for fast attacking teammates for numerous chances and goals scored, so his merit for three consecutive European titles is enormous.

It’s tough to cope with the burden that the Real Madrid brand carries. The jersey of the “royal” club has been worn by the biggest football names and finest virtuosos in the last two decades. But, by wearing the white jersey, they lost their spark, remained inadequate in the Santiago Bernabéu stadium, and left it with undermined reputation and confidence. Benzema didn’t avoid harsh criticism from Madrid’s media, who described him as the weakest link of the team that won the champion’s title in 2014, so Florentino Pérez had to loan Chicharito Hernández to appease the public.

“I play football to help my teammates win everything we can. What I don’t like is when people attack me when I do well but don’t score goals. I play for people who appreciate what I do on the field. Those who came to the stadium to whistle, let them whistle. I can’t change their opinion, and the greatest footballers have always been criticized,” Benzema explained his philosophy and thinking of football.

Probably the same football critics today are the loudest with praise and enjoy every bit of magic that Karim demonstrates over and over again. This Frenchman has led his team to the European throne (4) more times than to the Spanish (3) during his stay in Real. The fourth title of Spanish champions is very close, and if they continue like this in Europe, it won’t be a surprise if Real’s nine with a brain of the ten has more trophies won in the Champions League than titles in La Liga after this season.